Attorney Jim Laboe will present on how companies can prepare for and manage an OSHA inspection or violation.  Owners of Contributing Companies and their Senior Management Staff are encouraged to attend. 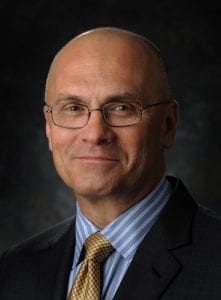 Donald Trump has selected Andy Puzder to serve as his Secretary of Labor.  The CEO of CKE Restaurants, Inc. which owns Carl’s Jr. and Hardee’s is an interesting selection by Trump who had toyed with appointing Victoria Lipnic, the current head of the Equal Employment Opportunity Commission, and a former Workforce Policy Counsel to the House.

Puzder is an interesting man, he attended Kent State, but dropped out in 1970 following the Kent State Shootings.  In his own words, “I spent the next three years attending concerts and marching on Washington”. After moving to Cleveland he graduated college and got his law degree.  As a young corporate lawyer he helped rescue Carl Karcher, founder of Carl’s Jr. from financial troubles. Years later, when CKE Restaurants fell into more financial difficulties after purchasing Hardee’s, Puzder was named CEO by the Board and tasked with turning it around.

Mr. Puzder has not been without controversy during his tenure. Franchisees overseen by CKE have been targeted by DOL in the past. Hardee’s Food Systems was found in violation of wage laws and ordered to give back pay to a group of 456 workers in 2006 and 2007. This money was owed for overtime on hourly employees. It is perhaps unsurprising then that Puzder has signaled that he opposes the Obama Overtime Rule which has already been blocked by the courts, and is most likely dead on arrival in a Trump Administration.

In addition, advocates calling for an increase in the Federal Minimum Wage will find Puzder opposes large raises of the minimum wage. $15 per hour will be out of the question because Pudzer opposed the Obama Administration attempt to raise it to $10.10 from the current $7.25.  When asked about the effect of raising the minimum wage, Mr. Puzder said it could lead to increased automation because machines are, “always polite, they always upsell, they never take a vacation, they never show up late, there’s never a slip-and-fall or an age, sex or race discrimination case.”

The effect of a business executive running the labor department will be interesting to watch. Like Mr. Puzder, the Secretary of Labor has traditionally been a loyal supporter of the president, but unlike Mr. Puzder, most former Secretaries of Labor were career bureaucrats not as well versed in the corporate and financial worlds. 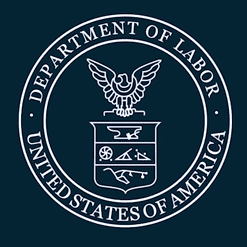